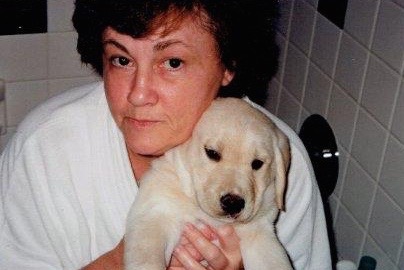 Barbara married Jim Carson on February 19, 1966.  She followed Jim to Tennessee and Florida during his Navy years.  Afterward,  she returned to Maysville and became a teacher and mother.  She was an active member of the First Christian Church and P.E.O. Chapter DV, both in Maysville.  Barbara was preceded in death by daughter, Tara Leigh Carson, her parents Wayne and Goldie, and brother William Eric McCartney.  She is survived by her husband Jim of the home; son James Eric (Courtney) Carson and grandsons Spencer and Seth of Frisco, TX; brother Roger (Carolyn) McCartney of Osborn; sister Carol McCartney (Mike) Bond of Clarksdale; and many nieces and nephews.

Barbara was a loving person and leaves countless friends.  Barbara survived 62 years of diabetes which included thousands of finger sticks and insulin shots.  She never wavered.  She was the glue that kept the family together and will truly be missed.  Her final wishes included: Trust in God,  Live Your Life with No Regrets,  Be Kind,  Be Loving,  Be Forgiving and No Motorcycles!

The family would like to thank the doctors and staff of North Kansas City Hospital for all the kindness shown to Barbara. Also many thanks to her P.E.O. sisters, teachers whom she served alongside for many years, and former students, including Superintendent Kenny Eaton, who have shown their support and prayers over the past few months.