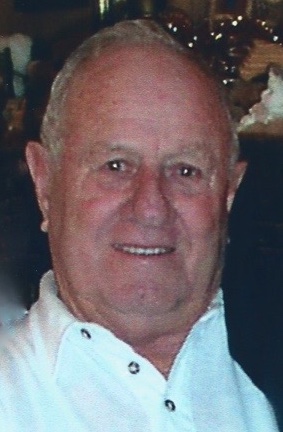 Max graduated in 1942 from Maysville High School and was drafted into the United States Army immediately out of High School.  He was then sent to Ohio State University for officer training before shipping overseas in late 1944 with the 14th Armored Division to fight in Germany.  During his service he was wounded and received the Purple Heart, Presidential Citation, and many other honors.    On January 6, 1947, Max married Betty Jean Shuler in Troy, KS.  To this union four children were born.

Max was a charter member of the Fairport Lions Club and served in different leadership roles for 56 years.  He was the emcee for the Fairport Grand Ole Opry which performed all over northwest Missouri raising money for the Lions Club, which went to help the Eye Bank and scholarships for local graduates.  He was also a member of the local Masonic Lodge in Maysville for over 50 years.  He managed a feed store in Fairport for 41 years, retiring in 1991.  Max was a life long member of the Fairport Baptist Church serving in several different capacities.  He volunteered at the Fairport grade school as basketball coach for many years and coached men’s softball in the area.

Max was an avid golfer and spent many hours on the course in Maysville.  He loved playing cards with his kids and grandkids.  He was known for saying “Why play… if you don’t play to win”!