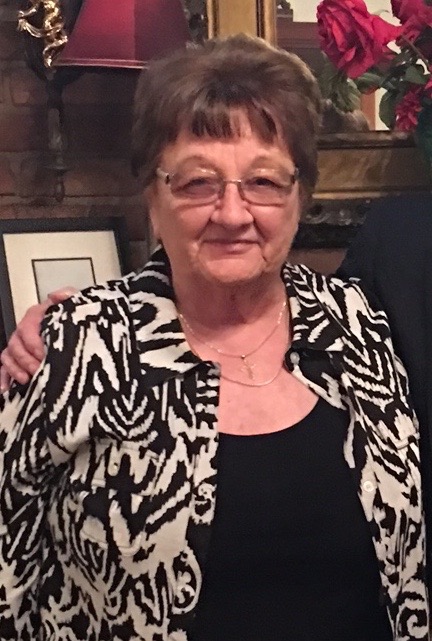 Janice Lee Taylor, age 76, was born on March 2nd, 1941 in St. Joseph, Missouri. She was the daughter of Clark Wade and Erna Lee (Crabill) Owen. Janice passed away peacefully in her home in Maysville on April 14, 2017.

Janice was an only child and attended school in both Maryville and Maysville. Janice married Eldon Glen Taylor on March, 18th 1957 in Maitland, Missouri and they had just celebrated their 60th wedding anniversary. Janice and Eldon raised their three children in Maysville where they all still reside.

Janice was currently the Treasurer of the Living Hope Food Pantry and Thrift Store where she had been an active volunteer since its opening in 2007.

Janice was a lifelong member of the Maysville United Methodist Church. She was the music coordinator and played the organ and piano for over 60 years. She also served as the Choir Director for the church. One of her most rewarding experiences was when she directed the DeKalb County Sesquicentennial Choir in 1995. In addition, Janice served on several committees, taught Sunday School, and lead Bible Studies. Janice touched many lives by her devout service through the church.

Janice is preceded in death by her parents.

She is survived by her husband, Eldon; son, Mark (Tracy) Taylor, daughter, Kerri (Jeffrey) Huffaker, and son, Clark (Sheri) Taylor. She is also survived by 7 grandchildren; Jake and Julia Huffaker, Rachel and Mason Taylor, Morgan, Madison and Moriah Taylor, and many other loving family members.

Janice devoted her life to God, family, friends, and the community. She will be forever loved and missed.