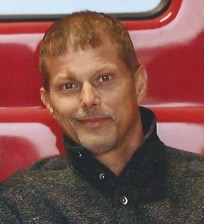 Stewartsville, MO….Martin Alan Zimmerman, age 49, peacefully left this earth surrounded by family in his home on September 22, 2019 after a courageous fight against cancer.

Martin was born in St. Joseph on December 18, 1969 to Harold and Lila (Waggoner) Zimmerman of Weatherby, MO.

He was a 1988 graduate of Maysville high School and later Missouri Western State University. He spent the last 17 years employed at Bradken-Engineered Products.

Martin valued his lifelong friendships and his close knit family. He was very involved in the communities around him. You could find Martin at any local sporting event his children were involved with. He Loved refereeing youth basketball games and coaching his children and their friends. When they became older he was the biggest fan of the teams they coached and loved helping them at their practices. He also loved working with his mom and dad on the family farm. One of Martin’s hobbies was working with electronics. What Martin enjoyed most of all was spending time with the love of his life Joni.

Funeral Services will be 10:00 a.m Saturday, September 28, 2019 at Turner Family Funeral Home of Maysville with burial following at Shambaugh-Cope Cemetery of Weatherby. Visitation: 5:00 to 8:00 p.m. Friday at the funeral home. In lieu of flowers, Memorial Contributions to Martin & Joni Zimmerman Athletic Scholarship.

The Zimmerman family would like to thank everyone for their tremendous support during this time.