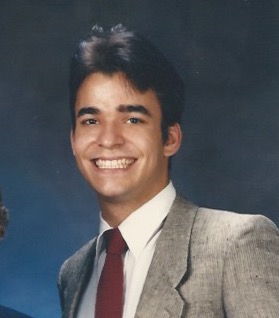 New York, New York……Scott James Munson was born July 23, 1967 in Ventura, California and three months later was adopted by David and Sue Munson in Thousand Oaks, CA. At the age of 4, Scott with his parents and older brother, Rick , moved to a farm near Weatherby, Missouri. He attended the Maysville Public School, graduating in the Class of 1985. He started a life long interest in Art, Theatre, nature, and marine life.

While pursuing a degree in theatre production at Lindenwood College in St. Charles, Missouri, he worked in a variety of Theatre venues, doing lighting, sound, and set production. After college he moved to New York to pursue his craft, where he resided until his death on October 19, 2019.

For several years Scott co-owned 3 off broadway theaters, renovating them and then managing set, lighting, and sound production for the plays mounted on the stages. This led to a job for the State of New York, monitoring the minority & women construction contracts for compliance.

When the building bubble collapsed, Scott returned to school and was working on getting advanced computer skills to embark on a career change.

Scott was preceded in death by his infant brother, Daniel and his mother, Sue.

Cremation under direction of Turner Family Funeral Home of Maysville. Memorial Services will be 7:00 p.m. Friday, October 25, 2019 at Maysville United Methodist Church. Visitation will be one hour prior to service time at the church.  In lieu of flowers, Memorial Contributions: Cameron Regional Medical Center Foundation.  Online Condolences: www.turnerfamilyfuneral.com