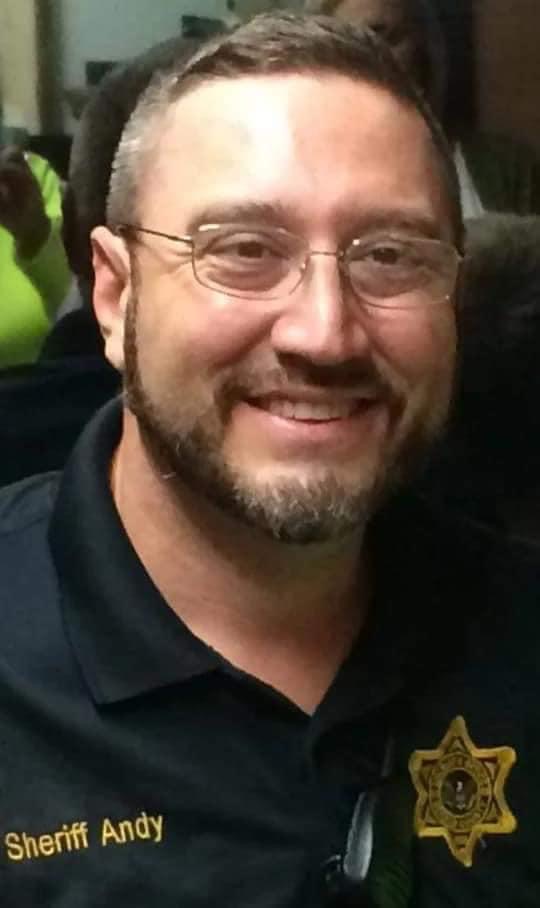 Maysville, MO….
Andrew Deric Clark was born September 11, 1976 in St. Joseph, Mo. to Robert and Sandra (Pearl) Clark. On June 3, 2020 Sheriff Andy Clark tragically lost his life in the line of duty. Andy was a 1994 graduate of Maysville High School. On October 5, 2002 Andy married the three loves of his life: Jodi (Taylor) Clark, and their baby girls: Brianna and Brooklyn. They were married in the Fairport Baptist Church where Andy was baptized. Andy was a member of Oak Christian Church. Anyone who knew Andy knew his love for Christ. Family was very important to Andy, and he was very blessed to have four children: Brianna, Brooklyn, Alexavier and Chloe. He also claimed Slade, Haley, Ethan and Erickson Taylor as his own.

Andy was a man of many talents and he wore many hats. He was very proud to be the Sheriff of DeKalb County. He was a Shelter Insurance agent for many years, an EMT and a volunteer firefighter. He also enjoyed taxidermy, sword making, spray paint artwork, carpentry and anything he could do barefoot.

Graveside Funeral Services will be 1:30 p.m. Wednesday, June 10, 2020 at Oak Cemetery: 8875 West Highway 6 Amity, MO 64422 with Full Police Honors. Due to Covid-19 no Visitation is scheduled and Social Distancing must be followed at the Graveside.