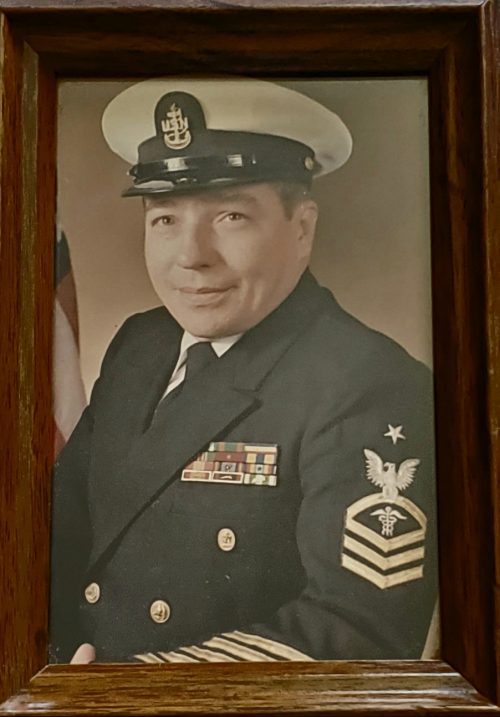 Larry graduated from Lafayette High School in 1962 before doing 2 tours in Vietnam.
He attended George Washington University earning a Bachelors Degree. He served in duty on the USS Salinan ATF-161, USS Conolly DD-979, and the USS Tripoli LPH-10, served in numerous duty stations from coast to coast, and retired as a decorated Senior Chief Petty Officer after 24 years of service. He worked for the Dekalb County Ambulance as a Paramedic where he served on the board. He worked for the WRCC and CRCC prisons where he was an investigator for the DOC before retiring as a Sergeant.

“Doc” enjoyed sports, especially if his grandchildren were involved. He spent many hours fishing whether enjoying a farm pond catching bass or in the deep sea catching sharks, reading, drawing, studying Native American History, and dressing up in Halloween costumes to “scare” the grandkids.

He was a true patriot, a die hard Republican, and a life long Chicago Bears fan.

On July 7, 1990, “Doc” and Mona Lynn Johnson were united in marriage in Stewartsville, MO.

Larry is proceeded in death by his parents; brother Thomas Rush, and many other brothers and sisters of the US Armed Forces.