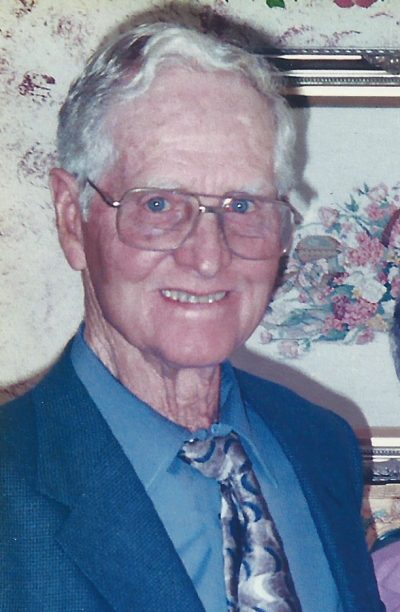 After graduation and helping put in fall crops with his father, Leonard felt the call to help with WW II and enlisted in the Navy, leaving for Boot Camp in January f 1944. Leonard trained in engineering and was assigned to a brand new ship, the USS Polk County, LST1084, which he served on in the Pacific until the end of the war.

Leonard married Janice Estep on April 25, 1948. She died September 4, 2006. They bought a farm near Amity where they raised their three children, and later acquired his parents farm as well. Leonard loved the land and was a great steward. He was very active and was highly respected in his community. He was a member of the Amity United methodist Church nearly all his life. He , his father and brother were founding member of the Amity Lions Club and Leonard was the last of the living founding members. He was a member for many years and during that time he held many offices in that club.

Leonard was athletic, playing basketball in high school and playing on several baseball teams after the Navy. He coached the Amity young men’s team a couple years as well and those “boys” still look up to him as a coach and mentor.

Leonard was also preceded in death by his parents; sisters, Thelma Mix and Mildred McElwain; and his twin, Lloyd. He is survived by daughters Diane (Lowell) Hutchison of St. Joseph, Kay DeJoinville of Aurora, Colorado, and son Dennis (Staci) Mix of Amity; eight grandchildren; nine great-grandchildren; several nieces and nephews; and a host of friends.