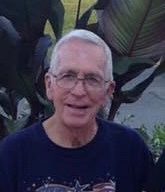 Clarksdale, MO…..Wilfred Lee Wiedmaier, age 81, was born December 28, 1938 in Easton, MO the son of Gilbert Martin and Letha Elizabeth (Cooper) Wiedmaier and passed away peacefully with his family by his side, September 30, 2020 at his home in Clarksdale.

Willie proudly served in the United States Army, serving our Country from 1962-1964 and was stationed in Germany. Willie and Diana Lynn Conley were united in marriage on September 26, 1992 in Clarksdale, MO. He was a Heavy Equipment Operator for Local 101 for over 50 years. After his retirement he enjoyed woodworking and was a member of Wood Workers Guild in St. Joseph and was a 78 year Member of Catholic Order of Foresters.

He is preceded in death by his parents; sister, Janet Haverkamp; and three brothers, Frank, James, and Edwin Wiedmaier.