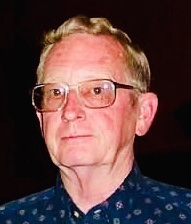 Maysville, Missouri…….Carl Edwin Colhour, 78, of Maysville, Missouri, passed away on November 30, 2020 in St. Joseph, Mo.
Graveside Funeral Service will be held at Stewartsville Cemetery on Saturday, December 5, 2020 at 12:00 p.m., with Full Military Honors and Elder Gaylon Whitmer officiating.
Christian Inurnment will follow.
There is no scheduled visitation, however the funeral home will be open to guests to sign Carl’s register book during regular hours.
Arrangements have been entrusted to the Turner Family Funeral Home in Maysville, Mo.
Carl was born in Amity, Mo., to Ralph E. and Vernelle (Spaulding) Colhour on May 2, 1942.
He went to High School in Stewartsville, graduating in 1960 and attending Northwest Missouri State University, excelling as a North West State Track Team Member, Majoring in Physical Education. Carl was a noted “Bearcat” Fan. He was an United States Army Reservist, serving his beloved Nation during Vietnam and was honorably discharged in 1971, receiving awards and commendations. Carl was a 56 year member of the American Legion Post # 508 in Stewartsville.
He served on the Stewartsville School Board for 12 years.
Carl worked on the General Motors Assembly Line in Automotive Fabrication for 44 years.
He is survived by his sons, Chris Colhour, Brad (Missy) Colhour, brother Wayne Colhour, sister, Betty (Amos) Jones, grandchildren, Tim, Alex, Josh, and Brock, and a multitude of friends.
He was preceded in death by his parents, wife,Diana, and son, Darin.
Carl will be sadly missed and fondly remembered. The motto of his life was his High School Yearbook’s Senior Class statement written about him: “Friend To All.”
May God forever bless the memory of this good man to all our hearts.

Memorials in Carl’s honor may be made to the National M.S. Society in lieu of flowers.