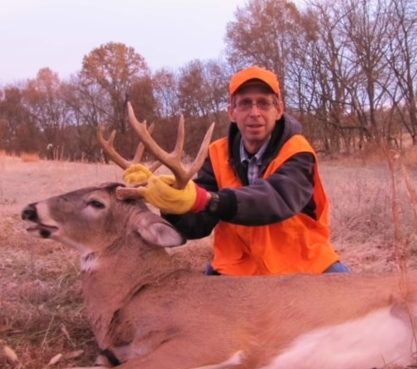 Maysville, Missouri…. Larry Charles Limb was an incredible father, grandfather, brother, uncle, and friend who left this world suddenly on July 27, 2021 at age 65.

Larry was born to Newcomb Charles and Martha May Limb on October 8, 1955. After graduating from high school, Larry served in the Navy and later married Kellie Demas in June of 1977 and had two children, Phillip Charles and Holly May.

In his younger days you would find Larry on the football field or basketball court playing for the Wolverines.  Every year he would share stories of the intense rivalries that occurred during this time between the Maysville Wolverines and Cameron Dragons. Larry loved spending time in the great outdoors; hunting for the big bucks, fishing for the largest bass or catfish, and trapping various animals.  He instilled his passion for outdoors into his son and grandson.  They spent hours in the woods preparing for each season, sitting on the banks of the Maysville reservoir, and camping together.

Memorials in lieu of flowers may be made in Larry’s honor to the family in care of Turner Family Funeral Home, Box 350, Maysville,Mo. 64469

One Response to “Larry Charles Limb”