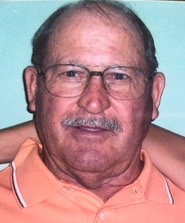 Born in Holt County, Dick was a long time resident of DeKalb County. He was a 1949 Graduate of Amity High School. He worked for Armour and Company until he retired in 1971. In 1974, he was elected as County Commissioner for DeKalb County. He retired as the longest serving Commissioner in the entire state of Missouri, serving 36 years. Besides his commissioner duties, Dick served on the Missouri Association of Fairs Board, Region D Solid Waste and Recycling Board, Cameron TIFF Commission, ACCD 911 Board, DeKalb/Davies Regional Jail Board, Chairman of the DeKalb County Fair Board and over 20 years on the DeKalb County Extension Council.He has been a member of the Amity Lions Club since 1958, holding various offices. He joined the United Methodist Church of Amity in 1945. He also served on the Church board, and the Amity Cemetery board.

He was preceded in death by his parents, Orville Sr and Ina J Lippold, 2 brothers, Orville Jr and Roger “Bud” Lippold, and a son, David Jr.

Visitation will be held Sunday, August 7th, from 4-6 pm at Turner Funeral Home in Maysville, MO. The services will be Monday, August 8th at 2 pm at the Turner Funeral Home, with burial at the Amity Cemetery. Memorials suggested to Mosiac Hospice , or of the donors choice. Online condolences: www.turnerfamilyfuneral.com