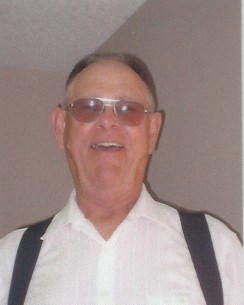 On December 24, 1956 in St. Joseph, MO, Jake and Delores L. Aughinbaugh were united in marriage. To this union two children were born. Jake served in the United States Air Guard for nine years and served during Vietnam.

Jake had an infectious smile, laugh and was a Christian who loved the Lord. He was a member and Deacon at Clarksdale Baptist Church. Jake drove for Hillyards as a Chemical Truck Driver and after retirement drove the OATS Bus. Jake loved his Lord, family (especially his grandchildren), and raced into his 70s.

He is preceded in death by his parents; wife and love of his life, Delores Jacobs; and brother, Eddie Lee Jacobs.