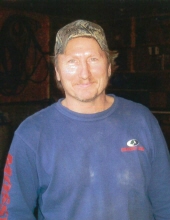 Andrew H Stahl II, son of the late Andrew H & Mary Alice (Wynne) Stahl, was born on December 13, 1954 and departed this life on September 23, 2020. At the time of his passing he was 65 years, 9 months and 10 days of age.
Funeral Service will be held at the First Baptist Church in Maysville, Mo., on Monday September 28, 2020 at 2:00 p.m.,
with Pastor Jonathan Garlock, of Pleasant Hill Church officiating.
Christian Burial will follow at Oaklawn Cemetery.

Andy was born in Bethany, Missouri but raised and graduated from High School in Maysville, Missouri. While in school he was involved in football, basketball, track, choir and softball. Shortly after graduation he began his career in plumbing and worked for various employers such as Hub City Plumbing, R.L. Smith, Webster, Straight Flush and Martha’s plumbing. Later in life he continued in the plumbing field but under his own name, working various jobs in the area. He was an avid car enthusiast and also enjoyed deer hunting, working and helping his family.