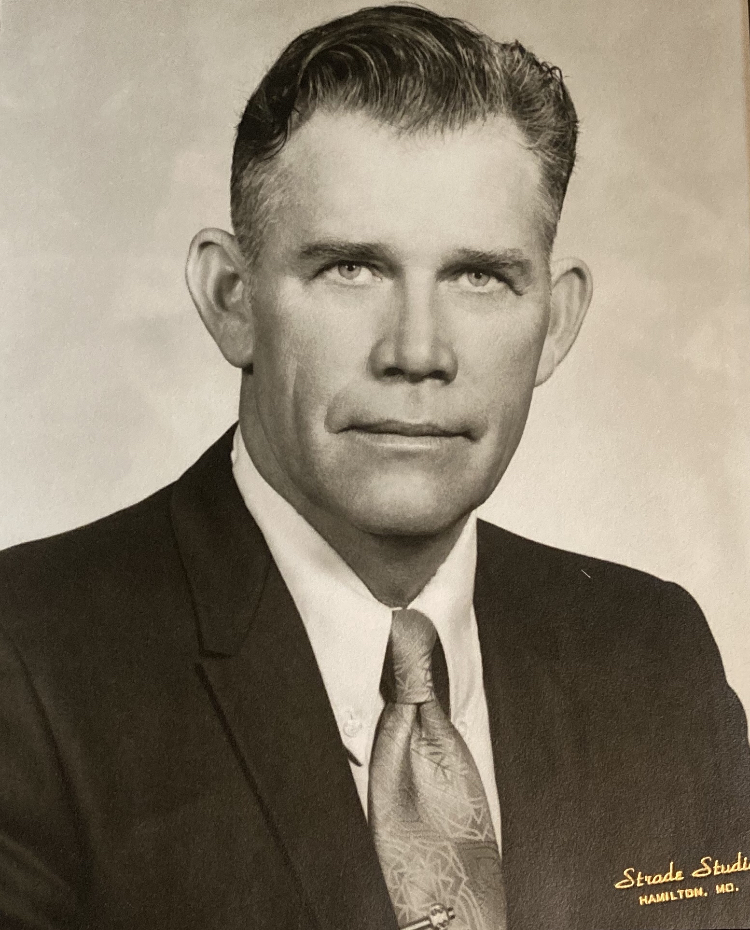 Christian Burial will follow. Turner family Funeral Home of Maysville, Mo. has been entrusted with the funeral arrangements.

Harold Dieter Owen was born on a farm near Maysville, MO on March 26, 1922. He learned cooking and gardening from his mother, Cora Dieter Owen and farming from his father, Albert (Bud) Owen. As an infant his mouth was so large when he cried that observers were reminded of the entertainer, Joey Brown. That’s how he got his nickname “Joe”.

Joe was raised on a farm outside of Maysville along with three brothers and one sister.  He loved sports. Since he never talked about his classes it is speculated that sports kept him in high school for four years. He continued playing baseball in his early married years and watched sports on TV till the last day he went into the hospital.

In 1940, Joe and Florence were married and settled into farming near Weatherby, MO, where Joe supplemented his income by selling Vinton Hybrid seed corn. During this time Joe learned to wire houses for electricity. Three years later, they became dairy farmers.  Joe milked 25 cows by hand and Florence would deliver up to 200 quarts a day of milk and cream for 10-15 cents each in town.​

In 1950, Joe and Florence bought their own farm and Sunnyside School.  They used lumber from an existing farmhouse and the school to build a new home on the property. After experiencing a huge loss when cholera wiped out their hogs Joe went to work shearing sheep.  Consequently, Joe and Florence packed their four kids and dog into their ’49 Chevy pickup truck and went to Wyoming for six weeks where Joe sheared sheep to pay off a loan in order to keep the farm.  The kids thought it was a wonderful vacation. Joe continued to shear sheep for many years not only locally but in Iowa, Kansas, Nebraska and one time in Alabama.

After dairy farming in the 60’s and early 70’s, Joe and Florence sold the farm in 1975 and moved to Maysville where he sold Farm Bureau insurance for ten years. He was the top salesman in the district and second in the state where he received many awards and earned trips to Mexico. Switzerland and Hawaii.  For recreation and relaxation during this time, Joe ran Frosty Joe’s Restaurant and gardened.

Retiring from insurance sales in 1985, Joe found he couldn’t stay still.  He began a handyman business of home repair where he specialized in window replacement and siding while maintaining three gardens on the side for relaxation for almost 20 years.  He lost his beloved Florence in March of 2006.

Joe couldn’t help himself and continued to stick his fingers in the dirt with his gardening to the end thanks to the help of his granddaughter, Dede Robinson and her husband, Tim.  He was also a great cook and reveled in showing off and sharing his culinary delights.