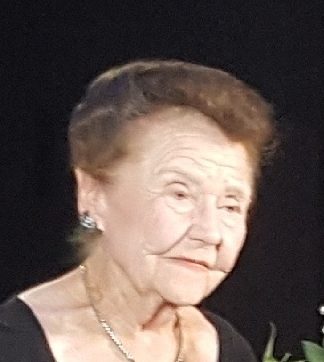 Ila Marie (Owen) Boyer of Old Hickory, TN, stepped into Eternity with Jesus on Friday, August 13, 2021.  The cause of death was Alzheimer’s.

She is survived by her daughter Jill, and brother Lloyd (Bud) Owen of Gower, MO.

Ila was a member of Bethel United Methodist Church for many years.  She was a very devoted and loving wife, mother, and friend; always giving of herself and blessing others.  Ila’s love ran deep and she walked a straight line of integrity.

Shortly after her husband’s passing, she moved to Orange County, CA to care for her sister Ruby for nearly two years.  After Ruby’s passing, she was busy working in Packaging, was a Caregiver for 3 elderly individuals, and at the ripe young age of 82 she began a journey as a Crossing Guard for 700+ elementary children in Irvine CA.  After 15 years of serving the community as a Crossing Guard, she retired at the age of 97.  Ila was interviewed on the Mike Huckabee Show as one of Huck’s Heroes on her 96th Birthday.  That video will be featured at her service.

All in all, Ila was a vibrant person who gave 100% to whatever she was doing.  She was always busy doing and giving. The Word of God tells us in James 1:22 “prove yourselves doers of the Word.”  She did.  The word

retirement was not in her vocabulary; she would say: “you rock, you rot!”  Ponder that…there is truth in those words.

In her spare time, she “loved” gardening.  The outside of her home was immaculate.  One of her neighbors said they had never seen anyone wear down a broom so quickly.  Ila would say she loved being a caretaker of what God had created….said it was good therapy!  Thus, Ila was a “caretaker” in every sense of the word.

She would “thank” the Lord daily for good health, and good health she always had until Alzheimer’s began to take its toll 4 years ago.  She did not give up, rather continued to press through the adversity as best as she could.  She lived her life full of expectation and with a servant’s heart.  She was a true Proverbs 31 woman: wisdom in her mouth, and worth far above rubies…one neighbor said she was always there to bless- – –

Ila’s “Celebration of Life” Service will be held at the Maysville United Methodist Church, on September 4th.  The order of events is as follows: Visitation 9-10 AM; Service 10-11:30 AM; Graveside 11:30 to Noon; Afterglow Fellowship Noon-3PM.  In lieu of flowers, you may give to the Owen Memorial Scholarship Fund. Online condolences:  www.turnerfamilyfuneral.com